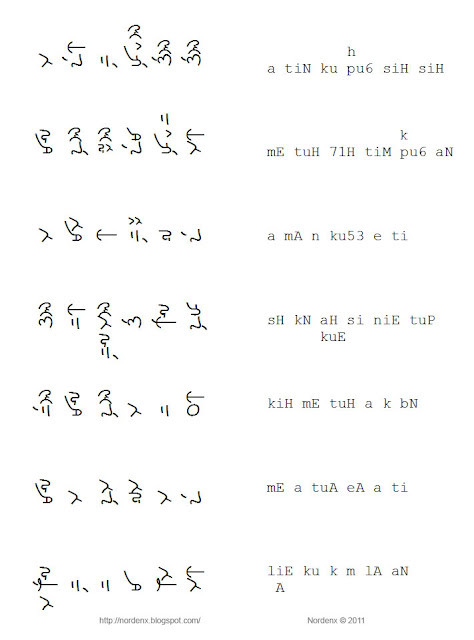 One of the main difference of Súlat Kapampángan from Baybayin is its vertical direction which the current Kulitan Script practitioners consider as the standard. The other unique feature is stacking characters and syllable grouping (instead of sequential characters in a word grouping). While beautiful in handwritten executions, it poses a few problems for modern typographers and font designers; just like the hurdles other developers face when designing Asiatic fonts. It requires a bit of advanced technical know-how and some special programs/apps to pull off. A level of difficulty that I have yet to master. And so, I experiment...

I am currently developing/designing the Kulitan Angulo Font used for the typepad above. The font is a horizontaly typed font with glyphs/characters tilted on its side, 90° counterclockwise. The typepad above is specially programed to automatically tilt or "change the angle" (hence the font name "Angulo") of the typing area so you can view (and be able to continue to type) in the traditional vertical manner intended for the script. 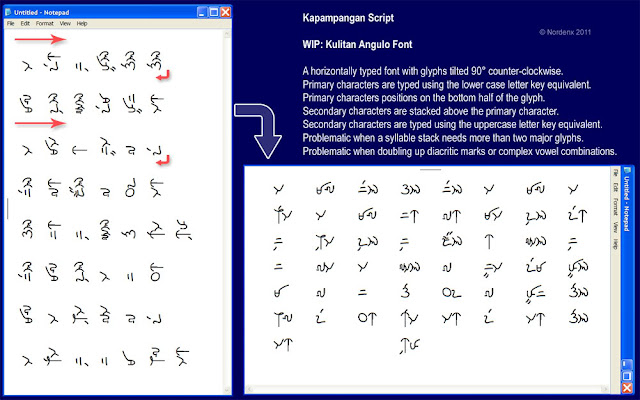 One can use the font in a word-processing program like Microsoft Word without any special setup; just type horizontally then after you print the document, all you have to do is turn the printed material 90° clockwise and the composition is vertically oriented as is normal with Kulitan.

However, you can also use the font to type vertically in Microsoft Word by using a table with a simple & easy setup:

Check the Keystroke & Character Chart (.pdf) for more info on how to type stacked characters.


The lyrics to the Kapampangan folk-song "Atin Cu Pung Singsing" below shows how it is typed using the Kulitan Angulo Font: 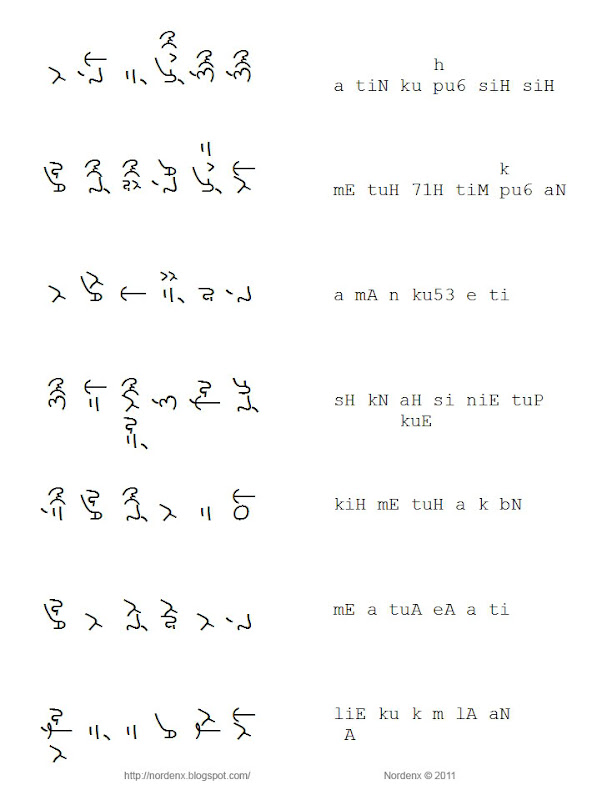 CORRECTIONS:
1) I forgot to write the 4th line "king indung ibatan" in the "Atin ku pung singsing" lyrics.
2) The 2nd to last line "mewala ya iti" has a typo; 3rd syllable should be typed as 'luA" instead of "tuA".

You have to judge whether or not typing horizontally in this manner is better than setting up tables to be able to type vertically using the previous (and first Kapampangan Script) font I released earlier this month: Baybayin Kapampangan

Mr. Antoon Vreeze Postma is a Dutch anthropologist and linguist who has married into and has been living for more than fifty years among the Hanunuo Mangyan tribe in Mindoro, Philippines. He is best known for being the first to decipher the Laguna Copperplate Inscription, and for documenting the Hanunóo script, paving the way for its preservation. He is the founder of the Mangyan Research Center in Panaytayan, Mansalay, Mr. Postma is in charge of the (MHC) Mangyan Heritage Center's research operations. His collection forms the bulk of the materials in the MHC library.

I visited the MHC in my home town of Calapan City, Oriental Mindoro, last year (August 2010). I purchased several of Postma's books and watched how they still use handwriting to record and catalog Ambahan poetry and other learning materials. I showed Mrs. Emily Lorenzo Catapang (Executive Director of MHC) how to instal and use Mangyan fonts on their computers so that they can have a modern alternative way of publishing materials. I promised to continue developing and perfecting fonts for Surat Mangyan for the very purpose of propagating and preserving the written cultural heritage of the Mangyan.

This new font was inspired by Postma's works. Baybayin Mangyan Postma Type has bold and uniform strokes best suited for posters and other print. This font is based on one of Postma's book cover art.

Posted by Nordenx at 3:47 AM No comments:

Kulitan differs slightly from Baybayin as it has been recently adapted solely for Kapampangan orthography. A different method of writing a combination of garlit (kudlit) diacritic marks with character ligatures & stacking is developed. Much of the character shapes originally were the same as Baybayin but through limited but continued use, Kulitan handwriting slowly evolved and in the recent decades they have changed to suit a vertical direction of writing popularized by current Kapampangan practitioners, scholars, artists, and academics.

Watch this video tutorial on "How to type Kapampangan script (Kulitan) vertically in Microsoft Word using the Pamagkulit Font inside a table." Please watch it in Full Screen Mode to see the details:


NOTE: Tagalog, Mangyan Hanunóo, Magyan Buhid, and Tagbanua have assigned Unicode blocks or ranges; Kapampangan does not have any assigned to it.