April 21 is the anniversary of the oldest known written artifact from the Philippines, the Laguna Copperplate Inscription (LCI).

I was cleaning out my external backup hard drive when I found the LCI font that I used for writing a section about the copperplate in my manuscript. I really don't know what else to do with this rough & unfinished LCI font other than give it to anyone interested with Old Javanese or Kavi to play around with. So here it is: 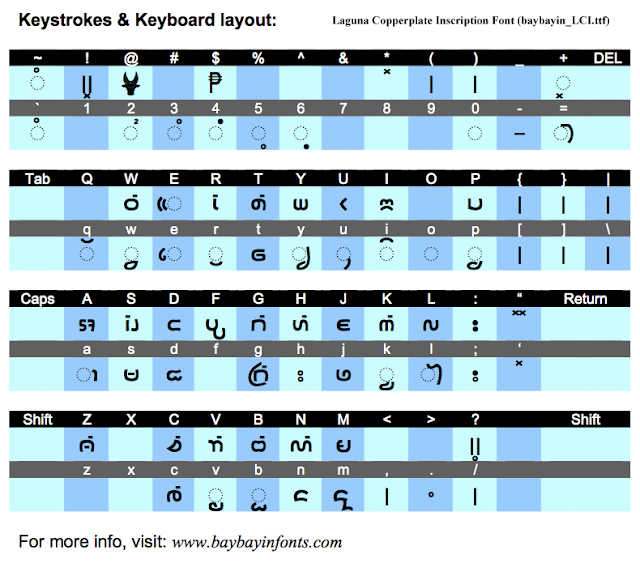 A Note of Warning: This font file was never finished, it's still a "rough draft" and it may cause compatibility issues with other baybáyin fonts. Naming conventions and other table settings are not cleaned up. Use it at your own discretion.

Note that the glyph for the "o" marker is partially done and is there, but for some reason it won't show/print into the .pdf file (where the keyboard chart image was taken from). One example of how rough & unfinished this font set is.

Use the chart below for your character/syllable guide. 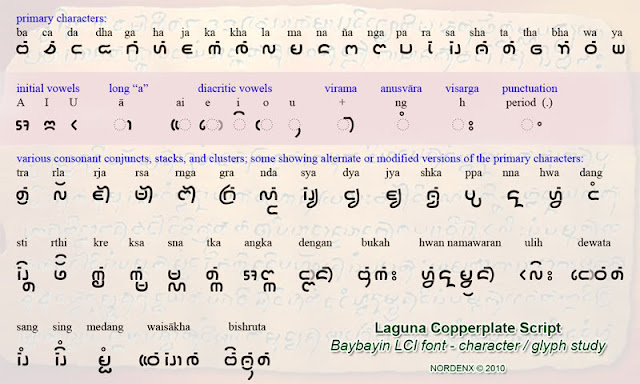 The glyphs from the LCI are basically Old Javanese/Kavi but with slight irregularities.