How to write (and type) in Baybayin

Using Baybayin characters online like typing your status on facebook or in a chat client is a different story. Online, Baybayin fonts requires using the Unicode range which is normally not easily accessed by your regular keyboard. The Unicode range can only be accessed using a specialized program like an online tool/application or by changing your keyboard's layout settings. 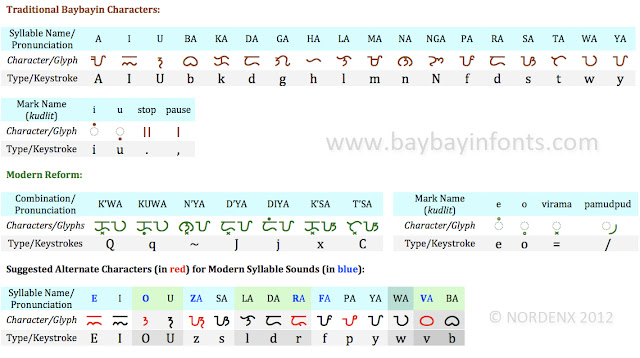 how do you write "Mabuhay"?